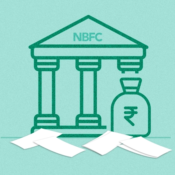 According to sources close to the matter, the Enforcement Directorate (ED) has allegedly discovered over Rs 800 crore in proceeds of crime as part of a lengthy money laundering investigation against 365 fintech and their non-banking financial companies (NBFCs) partners.

These lending apps thrived during the Covid-19 pandemic when many blue-collar workers were laid off as the country went into lockdown. These companies have been under investigation for over a year.

According to people familiar with the ED investigation, these fintech firms disbursed loans totaling over 4,000 crores, after which they attempted to recover the funds through tele callers. Most of the companies used defunct NBFCs, which allegedly lent their RBI-issued license in exchange for a profit share ranging from 0.5% to 1%. The investigation discovered that the platforms were backed by Chinese money in most of these cases.

Chinese nationals had taken operational, or directorship control of the service provider companies, and funds had been provided to support the operation of these apps.

According to people in the know who spoke on the condition of anonymity, this fintech recovered over Rs 700 crore upfront in the form of processing fees and over Rs 85 crore in the form of interest and penalty charges on the loans disbursed.

“The fintech’s capital was parked in the accused NBFCs’ bank accounts in the form of inter-corporate deposits or performance guarantees… “These NBFCs did not obtain any approvals from the Reserve Bank of India (RBI) before accepting deposits from fintech players, thus violating the norms,” said a person familiar with the situation.

“They used a co-lending model in which the fintech companies provided the total disbursement amount.” These NBFCs charged around 0.5% of the disbursement via mobile apps or a monthly minimum commitment, whichever was greater. “These NBFCs made money without investing a single rupee,” he continued.

The role of payment gateways

According to sources, the statements of Harshil Mathur, CEO of Razor pay, Vikas Garg, CFO of Paytm, and Akash Sinha, CEO of Cash free, were then recorded.

“At the request of the fintechs, the accused NBFCs opened merchant IDs with payment gateways, allowing the companies to do lending business for the same amount as the security deposits.” These fintech companies’ entire lending and recovery payment transactions were routed through payment gateways. In the case of Razorpay, over 300 virtual accounts and the same number of linked bank accounts were discovered. “The entire business was done by these apps, which were not controlled or managed by the NBFCs,” the source added.

The fintech firms under investigation were lending from their own security deposits and acting on the licenses of the NBFCs, according to people familiar with the situation.

“We conduct thorough checks on the merchants before and after their onboarding on our payment gateway platform, including know-your-customer (KYC) and business document verification, as well as comprehensive risk assessment of the merchant’s website and app,” a Paytm spokesperson told ET. No merchant is accepted unless proper documentation of the account where funds are to be received is provided, and such accounts are opened by scheduled commercial banks. We rigorously monitor all transactions in the post-onboarding stage as well to flag any risky behavior or suspicious patterns.”

According to a fintech executive involved in the operations of these payment gateways, the problem was that the NBFC partners opened virtual accounts on behalf of the loan apps, whose antecedents appeared dubious. “The payment gateways’ biggest challenge was that they couldn’t refuse an RBI-registered entity, in this case an NBFC, from opening an account.” These NBFCs were in cahoots with these so-called Chinese loan apps, and they had opened multiple virtual accounts for their partners.”

“We would like to state that we are not a part of any ongoing ED lending investigation.” “As a leading industry player, it is our goal to support the government, regulators, and any government investigating agencies in promoting best practises to drive safe and secure digital payments,” a Cashfree spokesperson said.

According to a Razorpay spokesperson, the company has fully cooperated with the ED investigation. “Some of our merchants were being investigated by law enforcement about a year and a half ago. We fully cooperated and shared KYC and other information. Our due diligence process satisfied the authorities.”