Finance Professor Aswath Damodaran's fresh take on Zomato: “I would buy it as part of a diversified portfolio” 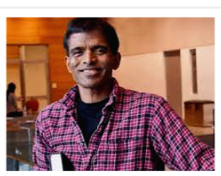 Aswath Damodaran, a finance professor, predicted Zomato’s stock price would stabilize around Rs 41 per share, but few people thought it would happen. This was particularly true considering the successful initial public offering (IPO) of the Indian food delivery service, which began at a significant premium to its initial offer price of Rs. 76 and finally reached a high of Rs. 169 on the BSE in November of last year.

Damodaran also provided a brief overview of his 2021 assessment in a blog post. “Although some have asserted that the price falling to my estimate is proof of my valuation, I do not agree with them for three reasons. Second, even if my valuation remains the same, the value per share of Rs. 41 as of July 2021 should be nearly equivalent to $11.11 in July 2022 assuming the evaluation is accurate.

Last but not least, the company and the market have changed in the year since I last assessed it, and the company will need to be revalued to make a fair judgment today, he stated on the blog. According to Damodaran’s evaluation, there have been four quarterly reports from the company since his valuation, along with news articles regarding governance and the company’s legal issues, and they contain a mix of positive and bad news.

“Zomato has been able to hold onto its market share even though India’s food delivery sector has been expanding over the past year. With Zomato and Swiggy holding a 90% market share in restaurant deliveries, there are indications that the market is consolidating. As a result, over the past year, Zomato’s gross order value and revenues have both increased “He composed.

Damodaran noted that although many of these purchases have been small in scale, the most recent one, Blinkit, has raised questions about whether this growth is taking place at a cost that can be sustained. Even if the Blinkit acquisition is successful, he continued, “it is unclear whether Zomato can sustain growth through this acquisition-driven approach, utilizing its shares as currency, especially as it scales up.”

He asserted that despite having a reduced market share and revenue share, the purchase of Blinkit demonstrates that Zomato is considering making a big entry into the grocery delivery market (increasing the total market size both now and in the future). The value per share has decreased from 40.32 per share to 32.50 per share, with macroeconomic events, which are reflected in a higher cost of capital, accounting for the majority of the value decline from the previous year.

The corporation must stop lip service to contribution margins and adjusted EBITDA to build this value, as well as try to slow the growth of its cost of goods sold “he observed The plan of action “You may have a wide range of projections for the Indian food delivery market as a whole in 2032. You can also have a big range of predictions for Zomato’s share of that market and its operating margins.

In the base scenario, 12, which is close to 35. “I would buy Zomato as part of a diversified portfolio (and not as a stand-alone investment),” says Damodaran, “if the price goes below his median value for a few more weeks like the last two.”