Rise in India VIX is a sign of topping out; 17570 could be a congestion zone next week: Anand James 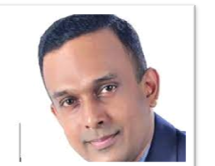 “A rise in volatility indicates a topping market. Although volatility has increased this week, Friday’s closing VIX was still below 19, which, in my opinion, might provide possibilities for both traders and investors to profit, according to Anand James, a chief market strategist at Geojit Financial Services. In the opposite scenario, if 17570 is not overcome this week, the number drops to 16800.

Only the high inflows into equities markets that picked up in the latter week of July were seen in the first week of August. In contrast to the first seven months of 2022, when FIIs made an average net sell of Rs 41,424 crores per month, August witnessed FIIs make a net purchase in the first week. Before this, the approaching expiration day had attracted short covering in the index futures, ensuring that FIIs were still holding nearly 60% of their index futures as longs, in striking contrast to just 16% as longs in mid-July.

The VIX dropped from 22 levels in July to sub-16 levels in the first week of August, which encouraged traders to burst out past the 16800 barriers, which had served as a huge wall of concern since May. This rapid decline in volatility also increased risk appetite. The ferocious string of moves comes to a stop with the construction of a broadening wedge pattern, but not necessarily the uptrend.

Unlike the one we have seen thus far on a test of 17500, 17750 is a congested region that merits putting supply pressure on the first test in the medium run. In the opposite scenario, if 17570 is not overcome this week, the number drops to 16800. Volatility increases are an indicator of topping. Nevertheless, despite this week’s increase in volatility, VIX closed on Friday below 19, which, in my opinion, could offer possibilities for both traders and investors to profit from dips.

What caused the price movement, and do you anticipate that it will keep up in the upcoming weeks? Despite Friday’s decline, these three stocks, which make up 58 percent of the BSE Power index, enabled the index to close the week with solid gains. In addition, following significant selling by FIIs in June, they invested 1624 crores in the power industry in July, which is about 60% of what they sold in June.