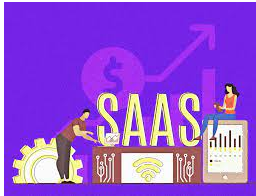 Clevertap, a developer of software for customer interaction and user retention, is reportedly planning to raise $75 million from Canada’s CDPQ and IIFL. The company, which has offices in Mumbai and California, will have a valuation of $750-$775 million after the most recent financing round, according to sources familiar with the negotiations. The fundraising effort takes place at a time when SaaS company valuations have fallen precipitously from their peak levels reached during the Covid-19 outbreak.

Moment of truth for SaaS companies in the US market Clevertap had lowered its expectations owing to the general market downturn, according to a second person familiar with its fundraising strategy. The company had been looking to close the fresh round at a $1 billion value. In October 2019, the firm raised $35 million as part of its Series C round, which was co-led by Sequoia Capital and Tiger Global and valued at $385 million.

At a $650 million valuation, MoEngage had secured a $77 million round in June sponsored by Goldman Sachs and B Capital. Clevertap said in May that it had finalized a deal to buy rival Leanplum, which is based in San Francisco, for cash and stock. Sunil Thomas, executive chairman of Clevertap and a co-founder, told at the time that the company’s annualized revenue run-rate was getting close to $100 million.

The company was co-founded in 2013 by Thomas, Anand Jain, and Suresh Kondamudi. The term “ARR” is frequently used in the SaaS sector to describe the anticipated revenue from subscriptions. According to the company, the Leanplum acquisition would provide Clevertap access to more prospects in the Middle East, Southeast Asia, Latin America, and North America.

Customers may personalize outreach, create automated campaigns, and offer cross-channel messaging capabilities across email, in-app, and WhatsApp, among other channels, thanks to the company’s software stack. Enterprises utilize the platform to deliver over 1 trillion messages and over 9 million campaigns, the business claimed at the beginning of 2022. Mumbai serves as the company’s product and engineering hub, and it has employees in 11 different nations totaling about 450. Following the acquisition of Leanplum, Clevertap estimated that it would have about 600 workers and 1,200 clients worldwide.