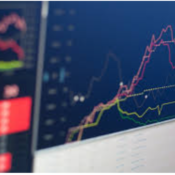 The Markets in the Asian region have opened the week on a negative note, with all the key markets falling by around 0.5%. The bearish sentiment has continued into Monday as well, but many of the major Asian indices are trading at their lowest levels since October 2018. In India, the Nifty closed down by 0.34% during Friday’s session. As of now, we can see that NSE is up almost 1% from its 52-week low and continues to trade below its 200-day moving average (DMA). So it is a good time to know how different industry sub-sectors have performed over the last few months. Read further to know more about how various sections have performed so far this year and what to look forward to in coming sessions.

The top company in India is Reliance Industries with a market cap of $90 billion. The company has seen a steep fall in its share price, amidst commodity price woes, weak global demand, and much lower crude prices. However, it has a strong cash position, and its low-cost refining business should benefit as crude prices increase. Consequently, the share price of the company has fallen by more than 50% year-to-date and currently trades at Rs 471 per share, down by almost 20% from the beginning of the year. The top stocks of the country are TCS, HDFC Bank, ICICI Bank, SBI, RIL, and Infosys, which have respectively fallen by 9%, 11%, 11%, 13%, 19%, and 21% YTD.

Banking and financial services have taken a hard hit due to the slowdown in lending and reduced investments in equity. Many banks have been struggling with huge non-performing assets, making it difficult to raise equity. Consequently, the sector has seen a significant fall in the share price of most of the banks. The Nifty Banking sub-index has fallen by almost 40% since the beginning of the year. Indian banks have been under pressure in recent times due to a host of challenges, including stressed assets, slowing revenue growth, and increasing regulatory burdens. However, some banks have started taking steps toward resolving their NPAs and this could be a positive.

Real Estate has been one of the worst-hit sectors due to the slowdown in the economy. The sector was expected to grow at a fast pace owing to the government’s decision to make the process of acquiring land easier. However, the sector has not been able to recover from the slowdown in economic activities. The sub-index of Real Estate has fallen by more than 50% since the beginning of the year. Real estate is a cyclical business and the industry has been under pressure in recent times due to a host of challenges, including delays in the implementation of projects and reduced demand. Prices have fallen in most major real estate markets and sales volumes have declined significantly owing to weak investor sentiment.