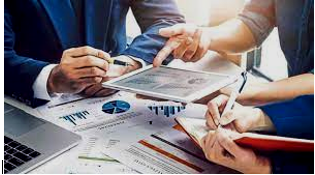 In the upcoming Nifty50 rejig, Adani Enterprises is anticipated to replace Shree Cement, which might result in purchases totaling Rs 1,760 crore from Nifty50 ETF funds in the former and withdrawals totaling Rs 630 crore in the latter.

The index will undergo semi-annual revisions, which will be announced in August and take effect on September 30.

These adjustments will take into consideration the free float (FF) market capitalization average for the months of February through July.

Despite the fact that three equities met the free float market size requirements, the brokerage stated that Adani Enterprises is the most probable candidate to succeed Shree Cement.

Any such modification would result in a little decrease in return on equity (RoE) and an increase in the PE for the Nifty50.

The HDFC-HDFC Bank merger is the focus of attention since its effects will dwarf those of the semi-annual review.

No specific timetables can be given at this time because the merger-related modifications to the index would rely on the date of shareholders’ approval, according to ICICI Securities.

An earlier corporate restructure for Grasim and associated index change shows a time lag of less than one month between the date of shareholder approval and the notice of removal from the index,

According to ICICI Securities, “the HDFC merger will likely result in an unprecedented 14% of the Nifty50 weight (HDFC Ltd and HDFC Bank) being replaced by two new incoming stocks with a combined weight of 1% and the remaining 13% weight being distributed among the current 48 stocks in the index at that time.”

The HDFC merger-related index revisions might lead to the purchasing and selling of equities worth more than Rs 48,000 crore based on July end prices, based on the current Nifty50 ETF AUM of Rs 1.7 lakh crore. Due to the impending merger of HDFC, Sensex ETFs, which have an additional Rs 88,000 crore in AUM, may experience a similar reaction to that of Nifty50, according to the brokerage.