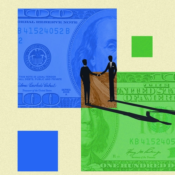 Unicorn India Ventures, an early-stage investment firm, is selling its stake in six startups to a US-based investor for Rs 50 crore, doubling returns for its limited partners (LPs).

These were investments from the firm’s first tranche of funds, which was raised in 2016 and distributed to 17 early-stage startups.

Bhaskar Majumdar, a partner at Unicorn India Ventures, told ET that the firm had to write off its investment in three of the 17 startups.

In 2019, the firm exited Boxx.ai, an eCommerce personalization startup, and Pharmarack, a pharmaceutical supply chain startup, 2021.

Majumdar stated that the VC firm would remain invested in two of its most successful companies from Fund I, including fintech firms Open and Smartcoin, while the remainder of the first fund’s exits is still being determined.

Majumdar did not reveal the identity of the US-based investor but did say it was a Delaware-based fund “run by some of the most successful tech entrepreneurs in the US.”

“Our broad thesis is that we go in very early,” Majumdar explained. “We want to be the first institutional investor.” “Typically, we sign small cheques of Rs 2-3 crore, with only 20% of the fund used to create a portfolio and the rest used to back the portfolio’s winners,” he explained.

With a corpus of Rs 300 crore, the firm launched its second fund in 2020, with which it has created a portfolio of 18 startups.

The news comes at a time when exits for Indian startups are becoming more difficult, as global macroeconomic headwinds continue to affect newer fundraising opportunities.

If market conditions remain unchanged, the pressure will be on venture capital firms that haven’t raised new capital to deliver results in line with their fund cycle, as ET reported on July 28.

Furthermore, even though venture capitalists are not in a rush to deploy funds, India’s early-stage startups have unprecedented dry powder waiting to be invested, with notable investors such as Accel NSE 2.88%, Elevation Capital, Sequoia’s accelerator program Surge, Axilor, and Athera Venture Partners (previously Inventus Capital) raking in new funds.

According to Venture Intelligence, funding for early-stage startups fell slightly to $839 million in the April-June period, from $856 million the previous quarter, but it remains 30% higher than total funding for the segment in the fourth quarter of 2021.

This is even though overall funding in Indian startups fell 37% in the second quarter of this year to $6.9 billion, according to ET on July 5.